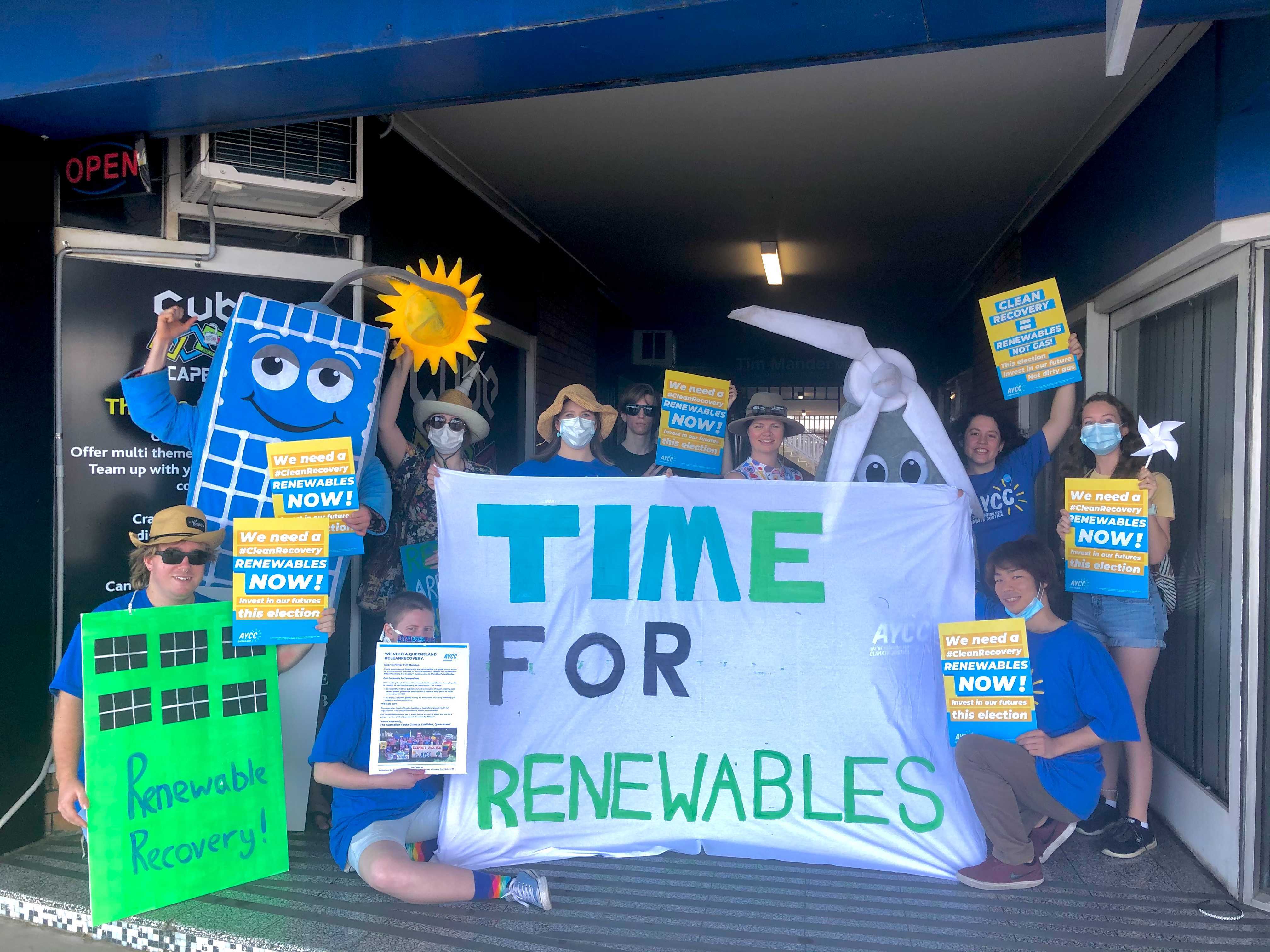 The election is almost here and we need a commitment from all parties to a #CleanRecovery for Queenslanders.  The LNP has not committed to investing in publicly owned renewables to help Queensland transition to 100% clean energy by 2030 but Tim, it is time!

We'll be outside the Prepolling booth on Vine Street from 10am to put pressure on Tim Nicholls and let the LNP know that we aren't going to let them get away with investing public money in fossil fuels.   We need to make sure that no matter which party wins the election they are committed to investing in publicly owned renewables and not funding new fossil fuel projects.

During an election period, politicians are feeling the heat from the public and is a strategic opportunity to get commitments for climate justice.  We'll be there the week before the election with lots of colour and our renewable's costumes to let him and his constituents know we want a #CleanRecovery for Queensland - come join us! We'll be meeting outside the pre-polling booth on 10 Vine Street, in Clayfield at 10am, look for the people in blue AYCC shirts!