Westpac market themselves as “the most sustainable company in the world,” but their lending habits prove otherwise, that’s why we’ve got our sights set on them to force them to come clean. 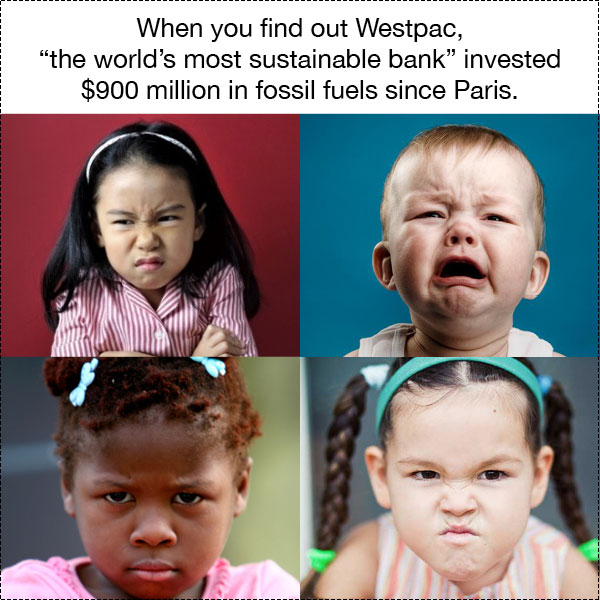 To this date, Westpac has done $643 million in deals with Adani. This is the company that is corrupt, has multiple offshore tax dens, has committed environmental crimes and is known to exploit workers.

The company that wants to dig the biggest coal mine in the southern hemisphere and ship it through the Great Barrier Reef. Westpac still hasn’t ruled it out, even though we’ve been asking for 4 years.

Obviously in order to solve climate change, banks need to stop lending cash to dirty fossil fuel projects. Westpac, like the other major Australian banks, have no such policies to curb lending to the coal sector. The only Australian bank that has made any commitments to avoid coal projects is NAB, which has ruled out finance for the proposed Adani Carmichael coal mine.