Is this the end of AYCC? 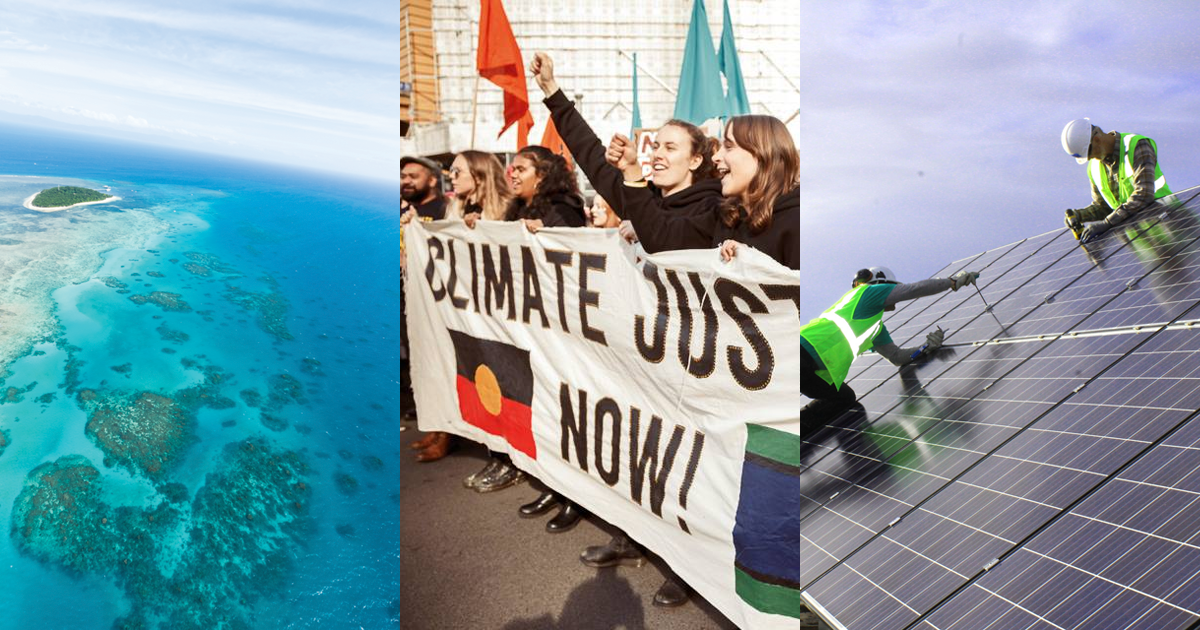 I wish this was a joke, but it’s not. Right now the Government has a trio of toxic new bills on the table which will effectively silence us from taking action on climate change1.

We don’t have long. These new bills will trap hundreds of charities and social justice groups like us into new restrictive reporting requirements so intense that there is no way a small organisation like us could survive. What’s just as bad is that they want you to sign legal paperwork if you donate more than $4.80 per week to our movement, crippling our funding2.

These are the most anti-democratic laws we’ve ever seen on Australian charities and on people like you, who support us. Together we must stop them and keep their hands off our future3.

It’s all on the line and it’s now or never to fight for the survival of our movement for climate justice. Can you chip in $23 to our survival fund today to help us bin these bills and continue to stand up for a safe future for young people everywhere? 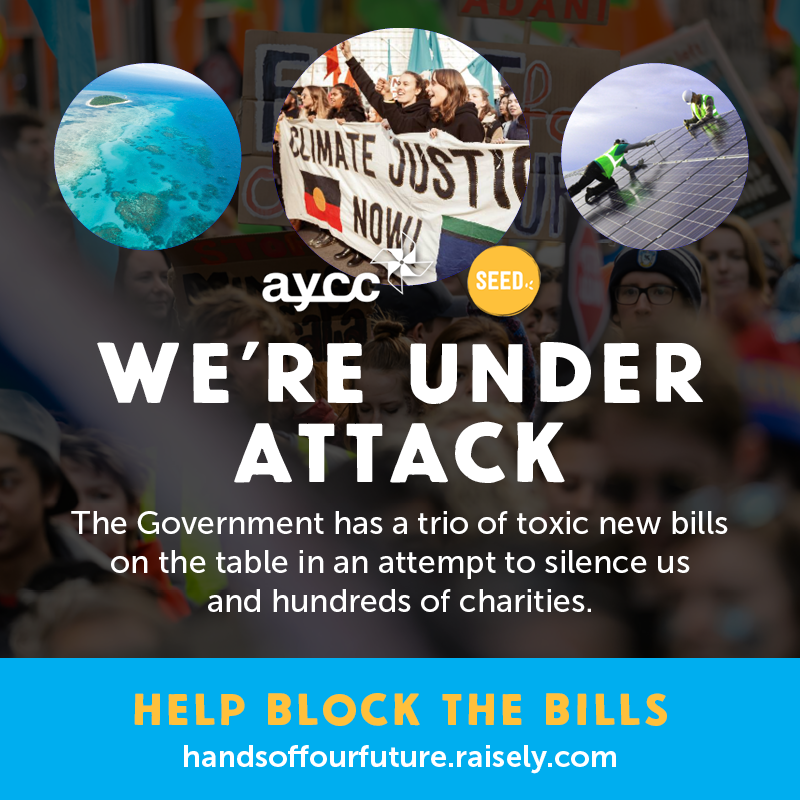 Imagine if our movement didn’t exist. Imagine if together we hadn’t been able to stop Australia’s big four banks and the NAIF from funding Adani’s climate wrecking coal mine, from supporting the Port Augusta community to see Australia’s first solar thermal plant, and from supporting Indigenous communities and Traditional Owners to protect country and secure a moratorium on gas fracking in the Northern Territory.

So why is the Government doing this? Because they’re afraid of people power, because our movement is winning on Adani, on banning fracking and on building 100% renewables across the country.

This isn’t the first time they’ve tried to silence us - but it’s by far the closest they’ve come to wiping us out completely4. If the Government were to succeed by finding support to pass these bills from the other parties, we wouldn’t have a voice for young people on climate change, and many, many of the other issues we care about as all social justice NGO’s will be affected.

We refuse to be silenced because it’s our democratic right to stand up for what we believe in and we won’t stand by and let this happen. Can you chip in now to launch our rapid response defence campaign?

We’ve got less than a few weeks to stop these bills, together we will do what we do best, we will:

We will block these bills. We know that the power of the people is far greater than the people in power and we’ll fight every single day for a safe climate for our future no matter what it takes.

We’re throwing every single thing we’ve got at this because we can’t afford not to. Are you in?

I’ll be there right by your side over the coming weeks, I’ll send you updates and ways you can help us so that we can show those supporting these bills that our powerful movement will stop these bills for good.

With hope,
Gemma, for the AYCC & Seed teams