Over 60 community members from across 13 regions came together on Larrakia country in Darwin, 18-20 November 2017, to yarn about how to stand together and stop fracking from destroying the NT.

People came together from every corner of the Territory - from Alice Springs, to Borroloola, Mataranka, Minyerri, Maningrida, Marlinja, Tennant Creek, Yuendumu, Jilkminggan and Katherine. 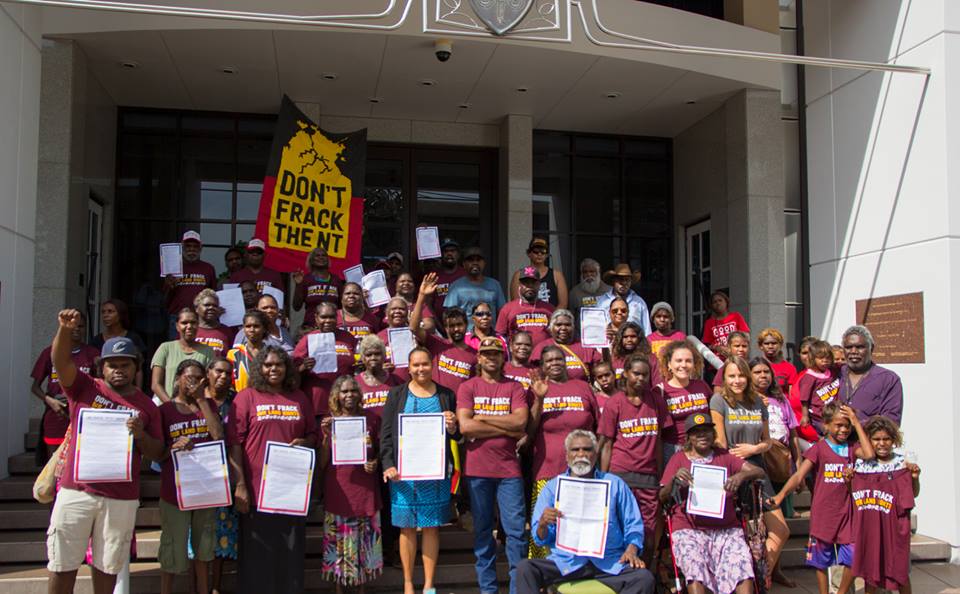 It started with a massive rally at Parliament House on Saturday with hundreds of people fired up about the potential impacts of fracking on water, country, culture and way of life.

Then, all Aboriginal community members came together for the Aboriginal Fracking Forum where connections were made across songlines and huge distances that people were united against fracking in the NT.

Together these elders, young people and community members delivered to the NT government their statement (that you can read here) calling for a ban on fracking. It is powerful and impossible for the NT government to ignore - just yesterday it was read out in Parliament.

Thank you so much to every single person who chipped in to make the Aboriginal Fracking Forum possible. I have no doubt that this weekend was a turning point in the campaign, and that if we keep the pressure up we could see a permanent ban on fracking early next year.

Here are some of the brave people who are standing strong for country, culture, water and climate:

“Those four rivers are on Garawa country, we’re going to fight for that water for our children and ban fracking“ Aunty Nancy McDinny, Yanuwa & Garrawa woman from Borroloola. 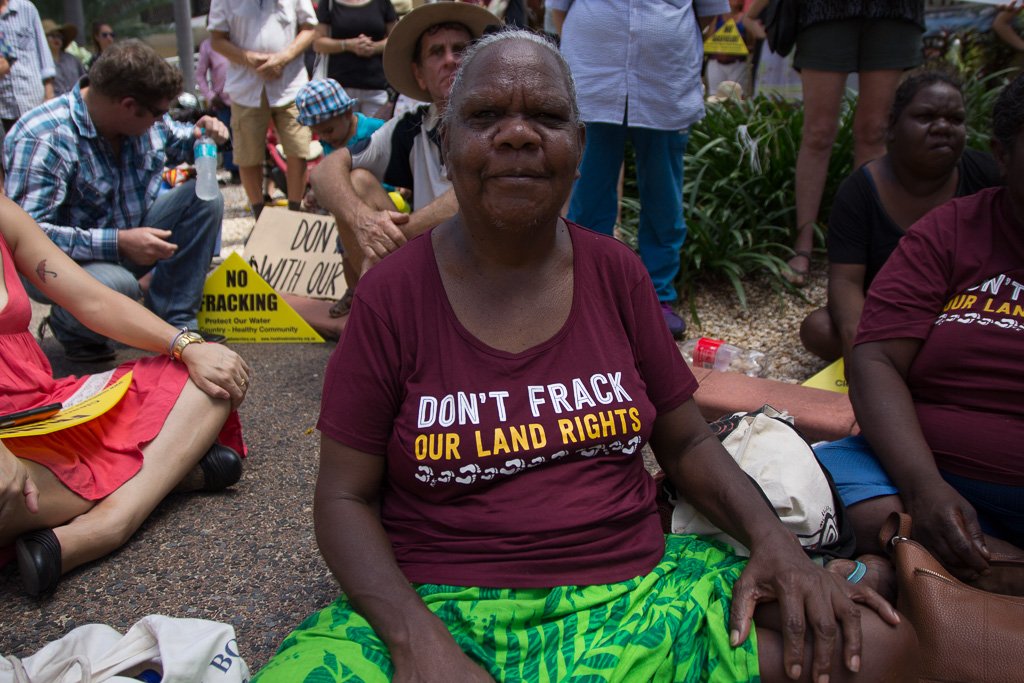 “Our land is extremely important to our mob, it ties with our dreaming. We will fight this fracking all the way.” Uncle Ned Jampijinpa Hargraves, Warlpiri man from Yuendumu 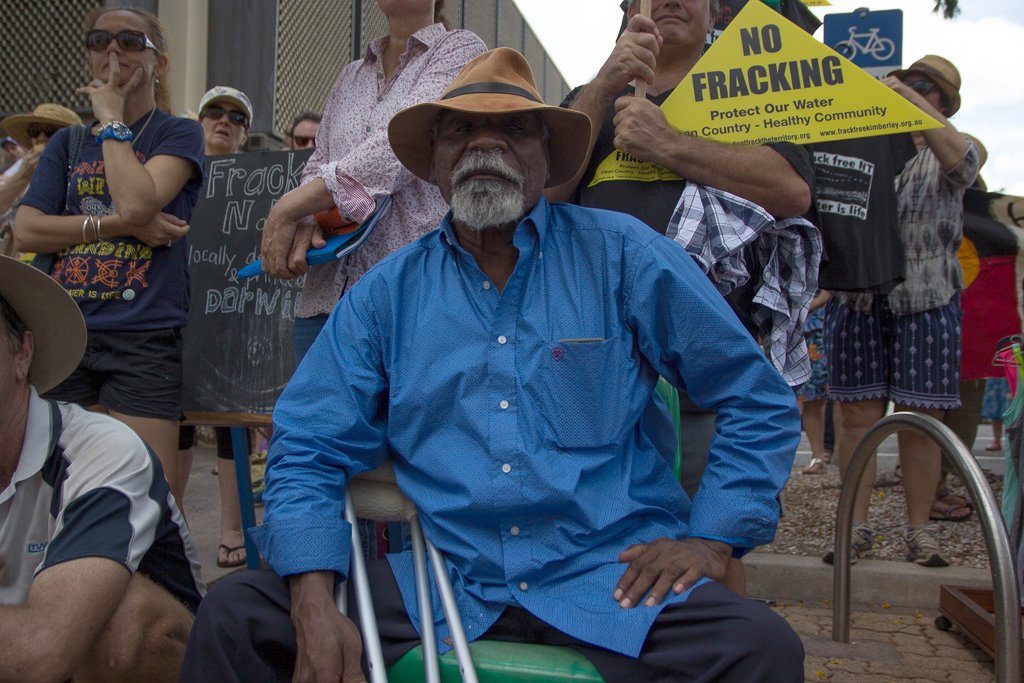 "Springs, rivers, dream sites, wildlife, fishing, agriculture and tourism are all important in our community. We need to stand strong to defend our country from fracking." Keith Rory, Garawa man 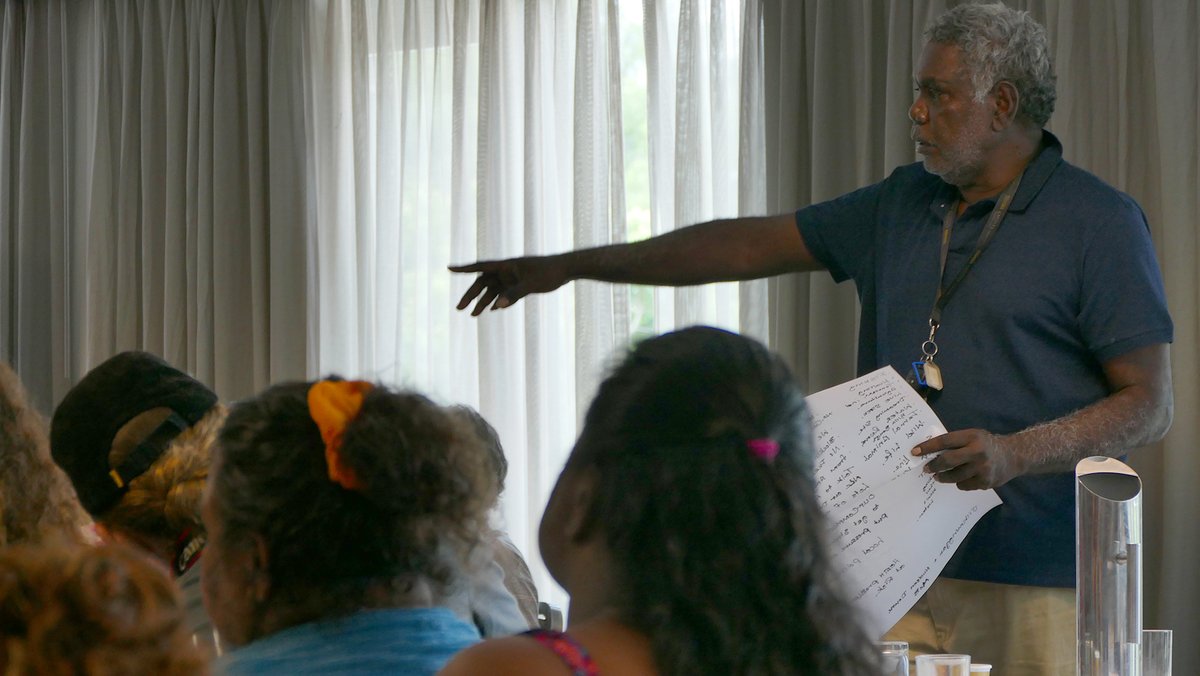 Right now, the NT government is trying to decide whether to put a permanent ban on fracking in place, or to rip through groundwater and sacred country by allowing fracking companies to set up wells across the Territory.

. If we can get enough signatures over summer, we can make sure that it’s impossible for the NT Gunner Government to allow fracking when there is such public outrage and no social license.

Thank you again to everyone who helped make this weekend possible. It was powerful, staunch, and this mob is sure as hell fired up to stop fracking in the Top End.

Photos by Will Probert for Seed