It's time for our movement to take action. Right now, the Northern Territory government is dangerously close to lifting the moratorium on fracking, a move that would lock in dangerous global warming and destroy freshwater resources across the NT.

But I know that you, and thousands of people like you won’t let that happen. Join the National Day of Power to ban fracking in the NT, in your nearest capital city (or host your own!)

Together we can show the NT government that communities across the country stand in solidarity with Aboriginal communities, Traditional Owners, pastoralists, station owners, tourism operators, and thousands across the Territory who want clean water, clean country and a liveable climate for the next generation.

This movement has done it before. Together we’ve kept Adani at bay for over 5 years, and that coal has stayed in the ground. Now, our movement has to stand with the people of the NT to make sure this disastrous industry doesn’t go ahead.

That’s why we’re working together to take the campaign to ban fracking to the national stage. To show Chief Minister Gunner that the whole country is watching, we’re going to fill iconic locations across the country with people and our powerful message: Water is Life.

Fracking for gas in the NT affects us all - the climate impacts would be immense. One basin alone is equivalent to 130 new coal burning power stations. But the NT will feel this first and worst - heat waves, water shortages and more extreme flooding could force many remote communities off their country, and make large parts of the NT unliveable. We won’t stand for that. Join a Nation Day of Power Action next week: 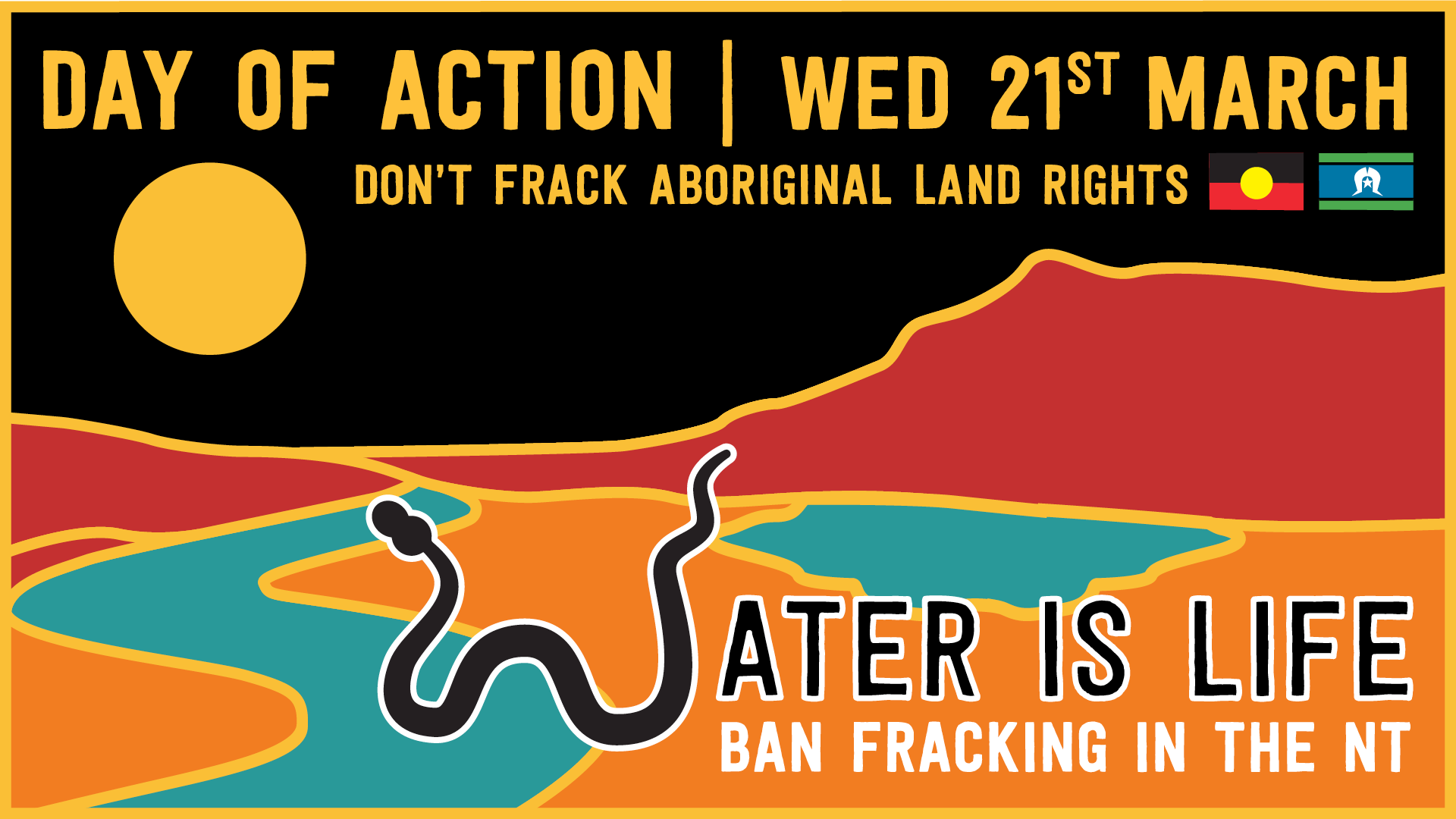 This weekend we’re launching our first ever documentary that follows the story of Aboriginal communities in the NT who are standing up to protect their lands and waters from fracking. It's incredible, trust me. We'll keep you updated with the link to watch the documentary when it's ready!

Learn how to host your own screening to raise awareness here.

I hope that you’ll stand in solidarity with communities who are facing an unimaginable future, by showing your power next week: nt.seedmob.org.au/weekofpower

Once again, thank you so much for your contribution, it is giving us the power to stand up for land rights, for water and for our future.

We will be in touch again soon with how you can influence this important decision next week.

In solidarity,
Millie, for the whole Seed team
#DontFracktheNT