Call on the Enviro Minister to Prosecute Adani

Now secret documents prove that Adani and the Queensland Government knew they’d exceed even their special pollution licence. Adani know they're in the wrong – they spent a year trying to block these documents.

Adani broke the law. And they got away with it scot-free.

Will you call her office today? 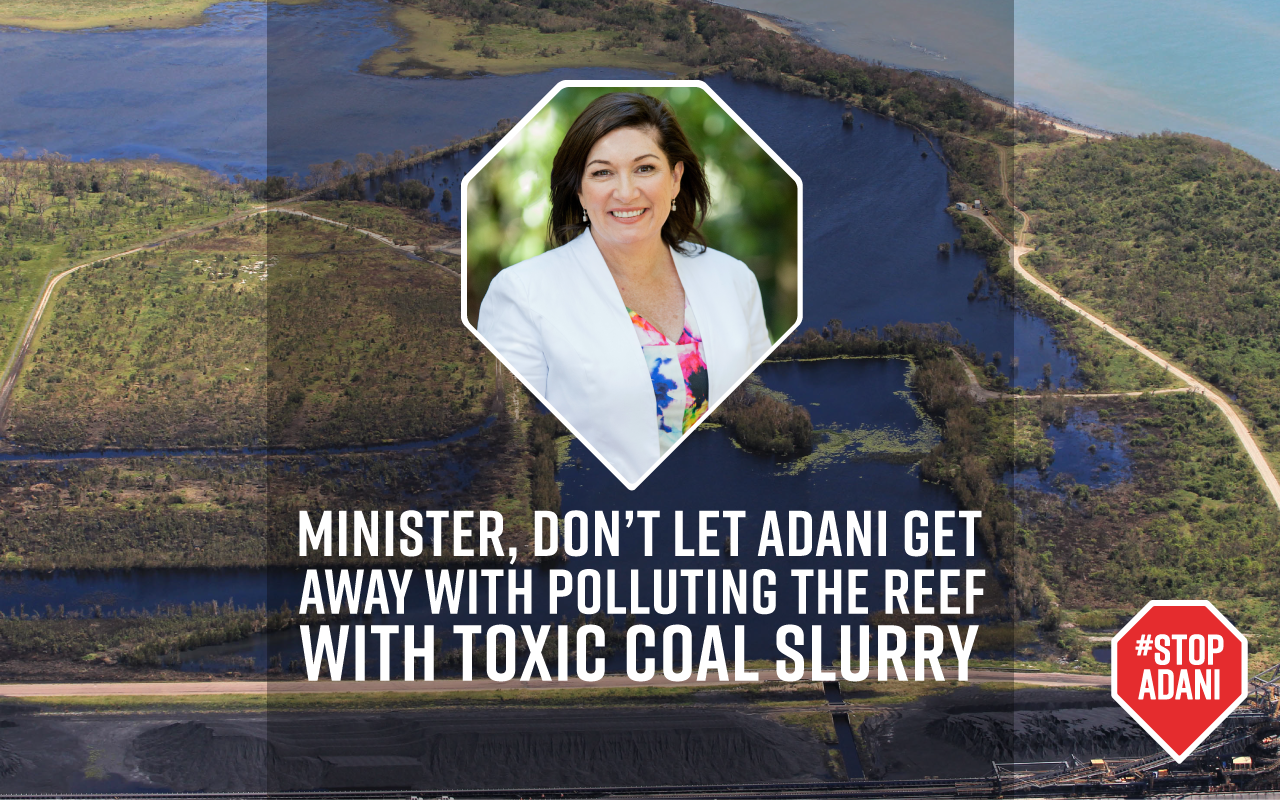 Help us reach our goal of 46 calleds