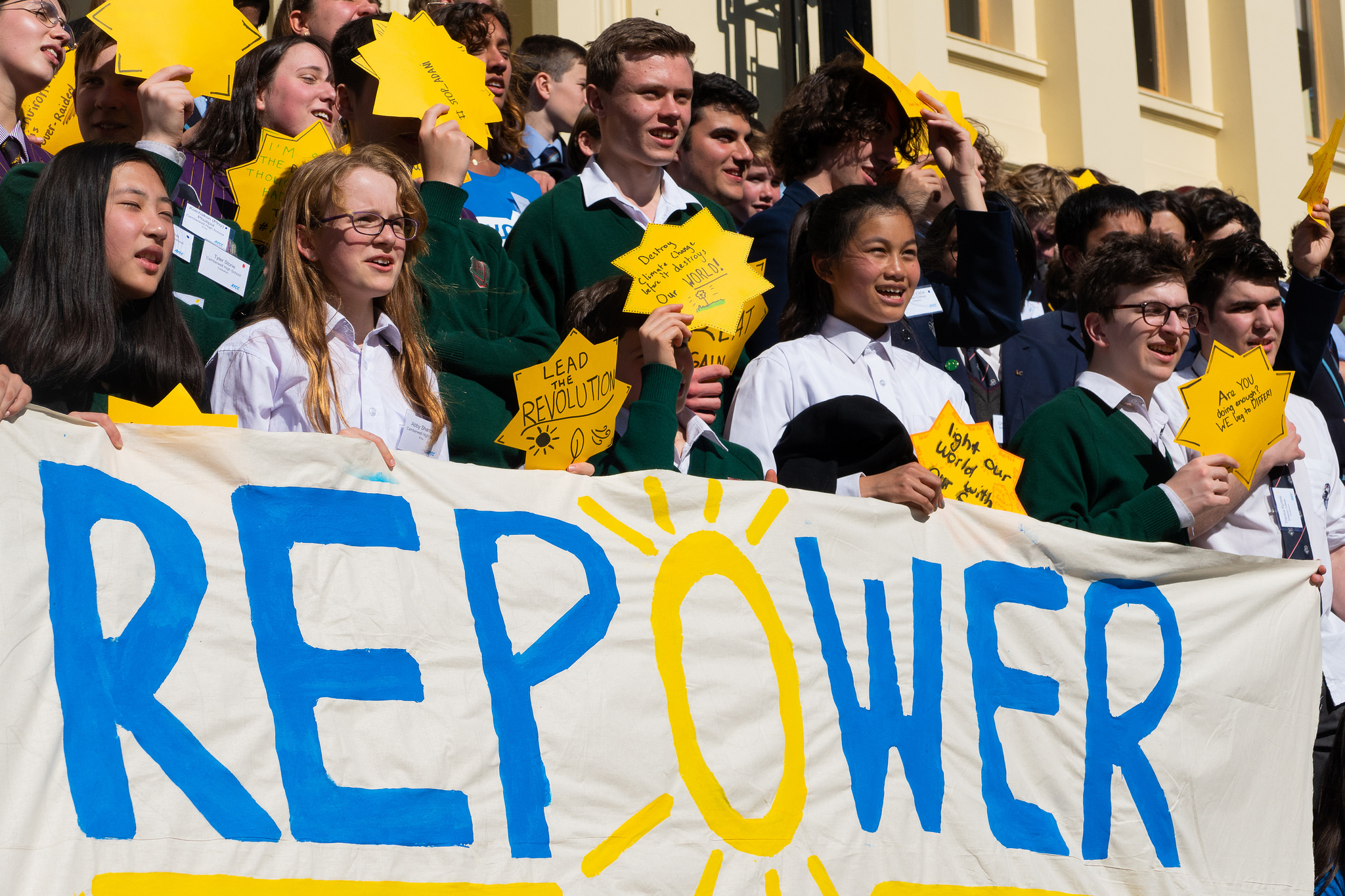 In the wake of the School Strike for Climate Action demonstrating the power and scale of student climate activism, students and young people across NSW are welcoming the state Labor Party’s commitment to invest $100 million in solar schools.

“Labor’s solar schools package is proof that the democratic voice of young people in this country is powerful. We are undoubtedly creating change and our leaders are beginning to listen” 16-year-old Nosrat Fareha, AYCC Switched on Schools volunteer and student at Auburn Girls’ School, said today.

Aisheeya Huq, 16, school striker and Switched on Schools volunteer also welcomed the news. “This announcement is awesome. Students like myself have been working on implementing solar energy systems within our schools for a while now and it’s incredible to hear that we have a major political party supporting that effort.”

The announcement, catalysed by the student climate strike, also comes after years of advocacy by the Australian Youth Climate Coalition and NSW students for investment in solar energy and climate education at both the school and state level.

“Last year, the AYCC commissioned research into the benefits of solar schools and found that if every NSW public high school were to install a 100kW solar system, it would have the emissions reductions equivalent of taking 13,000 cars off the road,” Laura Sykes of the Australian Youth Climate Coalition said.

“Labor’s policy commitment has the potential to deliver game-changing results, not just for emissions reduction but also for student learning and wellbeing. Today’s students will live with the consequences of decisions we make right now about climate change -  so it makes sense for them and their schools to be part of the solutions,” Laura explained.

“Students in my region, Western Sydney, are already suffering from climate change, with extreme heatwaves having huge effects on our learning. This solar schools plan should prioritise schools most affected by climate change, and can make cooling our classrooms more sustainable and affordable,” Nosrat Fareha said.

“As a network of students and supporters, we are calling on the NSW Liberal Government to match this commitment and ensure bipartisan support for solar in schools,” Laura concluded.