This week I am stepping out of my role as National Director of AYCC and it is with absolute confidence that I will be handing over the reins to Gemma Borgo-Caratti.

Gemma is a brilliant campaigner and movement-builder, who has been part of AYCC for the last seven years. Gemma has been leading our campaign to stop the banks and the government investing in Adani’s coal projects and has personally trained and mentored hundreds of young activists. I’m very excited to see what our movement does next under her leadership.

I got involved in AYCC as an environmental science student back in 2008, running climate science workshops at our first Switched on Schools summit in Melbourne.

It has been an incredible privilege serving as National Director for the last four and a half years, and I wanted to share some of the highlights:

I am one of thousands of young people who have had their lives changed by being part of AYCC. By being part of this nation-wide movement, you gain invaluable skills in campaigning and communication, confidence that you can create change, lifelong friends, and a support network who will back you to fight for a better future wherever you go.

If you have ever wondered if you could do more on climate change, if you’ve ever hoped to meet other young people who care about this issue, but you’ve never been sure how to start, please sign up to come to Power Shift, a three day youth climate summit in Melbourne, from July 22-24. I promise it will be life changing -- you’ll hear from inspiring speakers, connect with young people from your community and walk away realising how powerful young people are when we work together. I’ll be there!

Right now the Government is pulling together a budget which will cut services to young people, whilst giving $1 billion to Adani to open one of the largest untouched coal reserves. There’s never been a more important time to join this movement and take the power back. Sign up to volunteer here or register for Power Shift.

If you don’t have time to volunteer, the biggest gift you can give a new National Director is signing up as a regular giver. Regular gifts enable us to plan, be brave and courageous, and try new ways of building the power of the youth climate movement and winning campaigns to protect our future. I’ll be bumping up my regular gift today, and you can sign up here, to help AYCC grow, be people-powered and independent.

Thank you and good luck! 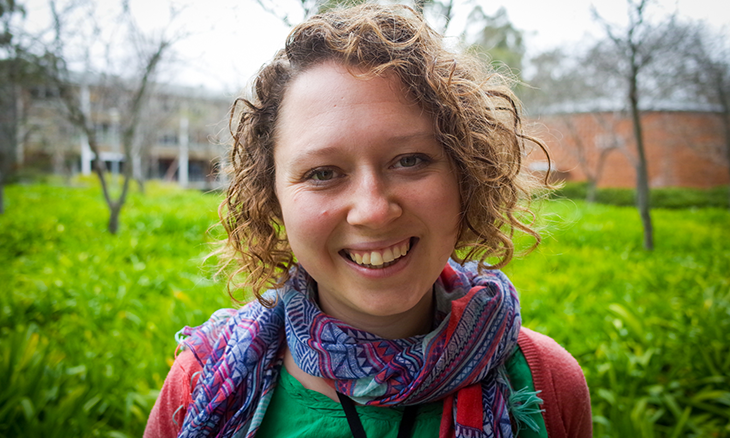 PS We are now looking for a talented young person (under 30) to fill Gemma’s previous role as AYCC’s Campaigns and Organising Director. Applications close on Sunday at midnight, so please apply or spread the word.