How we've won on banks before, and how we'll win again

Our first shot at corporate campaigning was targeting Lend Lease, one of the construction companies Adani had contracted. Young people in Sydney and online pressured Lend Lease by talking to their staff, having a presence outside their AGMs, signing petitions and moving internal pressure on the board. And we won! Lend Lease cancelled their contract with Adani and we made international news.

This forced the first Abbot Point Terminal (APX) to go under, after Anglo American withdrew from their share of the project.

Even though Adani was losing international finance fast, they still had their eyes firmly set on Australia’s big 4 banks, and so did we. We launched our don’t risk the Reef campaign to raise awareness, and to call on the big banks to turn their bank on Adani’s coal projects.

Banks care about their customers, especially their money. So we set out to move millions of dollars out of the big 4 banks during the Dump my Bank campaign, having thousands of conversations on the street telling people where their money could be invested. Loads of Australians, young and old, moved their money, told the bank why, and the banks started to listen.

Another thing banks care about is their brand. So we used it against them. We created stickers, posters, stencils, and my favourite - fake ATM screens. When we heard that CommBank had a relationship with Adani, we went hard on their brand, including their prized Dollarmites brand. 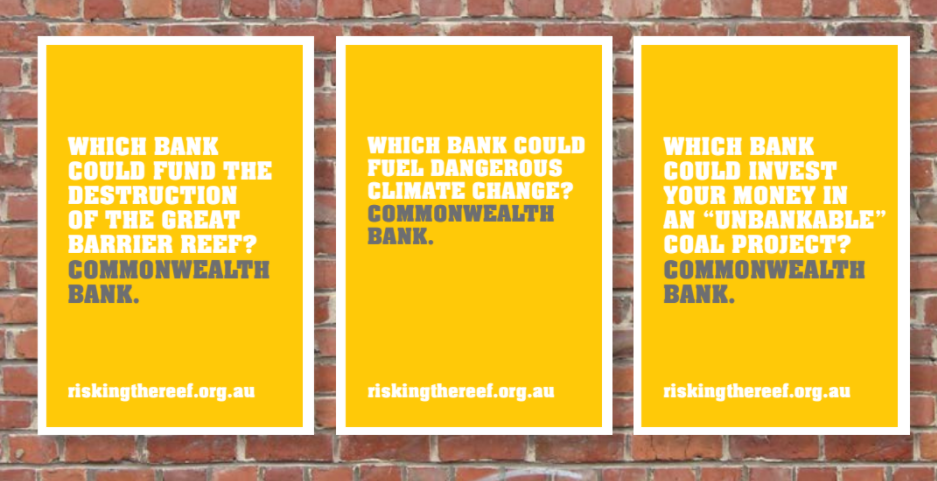 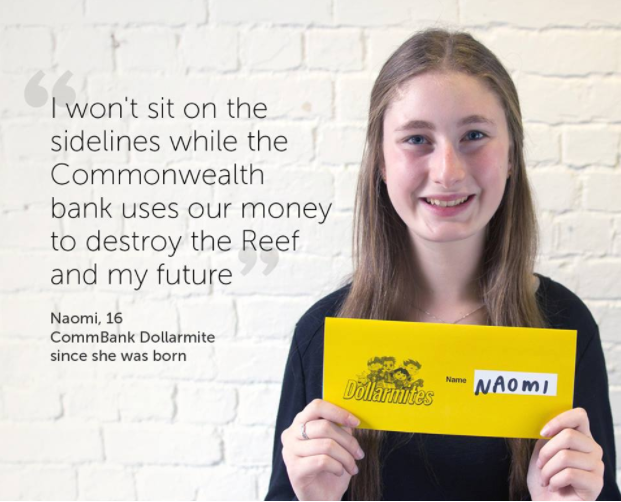 And it worked - before we could even fully launch our campaign, CommBank called us up saying they’d cancelled their relationship with Adani and there was no need to put up our billboards and posters around the country!

Just one month later, NAB followed suit and publicly ruled out the project with strong language against Adani and fossil fuels. This was a big win, and it ruffled a lot of fossil fuel industry feathers.

2 down, 2 to go. To increase the pressure on Westpac and ANZ, we used the moment of the Paris global climate agreement to call on the banks to realise their role in stopping global warming. And they delivered, both Westpac and ANZ changed their sustainability policy to reflect the global goal of limiting warming to 2 degrees.

Then we turned that into action - we rocked up at both Westpac and ANZ AGMs to talk to the board and shareholders about their fossil fuel investments, holding actions they couldn’t ignore. And, in a surprise win from ANZ, they distanced themselves from Adani too!

Now, Westpac are on their own. The last Australian bank not to rule out the project. But we can do it. They claim they’re “the most sustainable company in the world” but they’re the biggest investor in fossil fuels in the country. We can fix that if we pressure their staff at the local branch level, slam their brand in a very public way, keep pressuring their head of sustainability, and talking to thousands of customers.

Click here to find resources that you can use to pressure Westpac in your community, and together we can #StopAdani