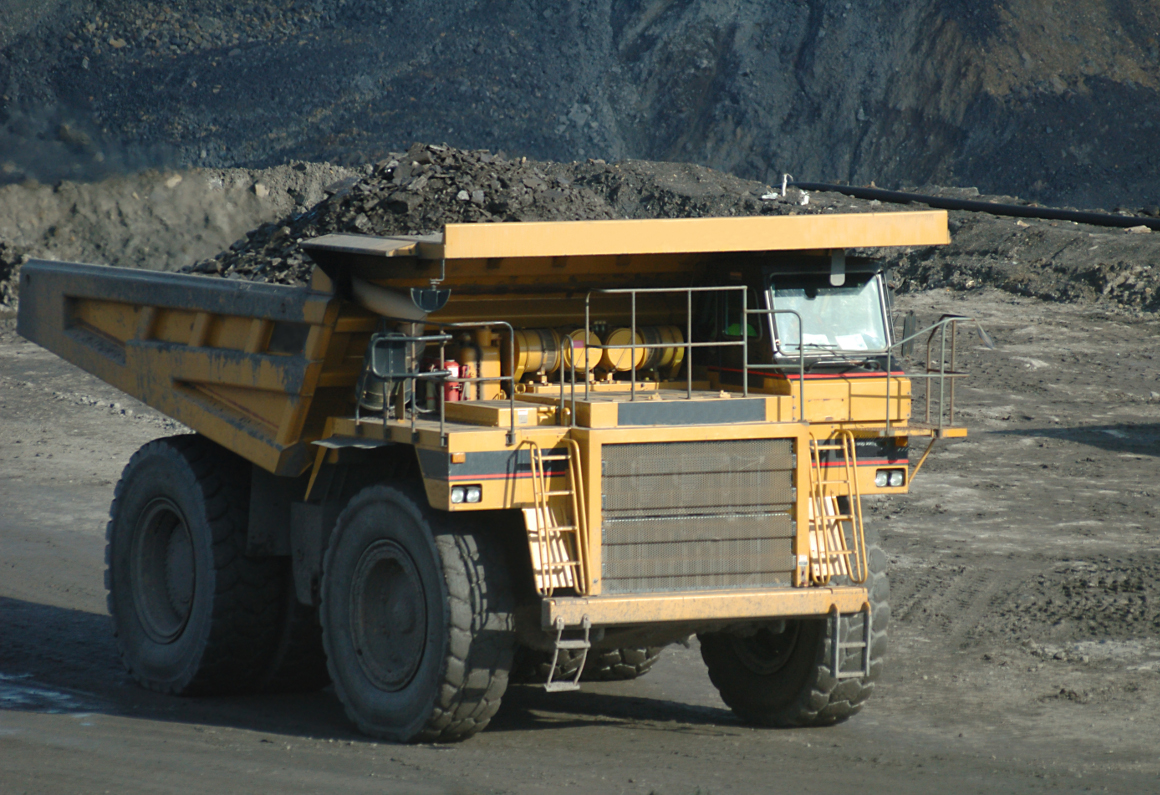 1. The Turnbull Government wants to hand $1BILLION to Adani to prop up their coal mine

There’s this federal pot of cash called the Northern Australia Infrastructure Fund (NAIF) that Turnbull has given "conditional approval" for a $1billion (!!!) loan to to prop up this project. That’s taxpayer money for an Indian coal company to destroy the Great Barrier Reef and our climate - so not cool.

2. QLD Government has showed its true colours and has given the Carmichael coal mine “critical infrastructure” status

After getting elected on a “save the Reef” platform, QLD Labor have spit in the face of everyone who had faith in them to stop this project by giving the project “critical infrastructure” status. Basically a free kick for Adani to show how much the QLD Government loves them (and coal).

Lol the only thing critical about this project is the state it will leave our planet and the Great Barrier Reef.

For most of the last 2 years, the price of coal has stayed at about $60/tonne - too cheap to make Adani’s mine financially viable. But since September, the price has risen to $100/tonne, making the project look tasty for Adani again, even though economists predict that the trend won’t last long. 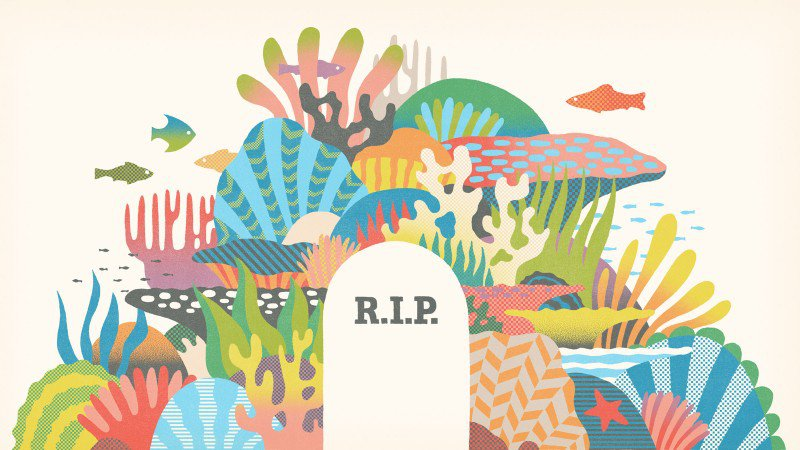 Have you seen that depressing “obituary for the Great Barrier Reef” going around the internet? It made some scientists really mad because it’s scientifically incorrect (you know how those scientists love facts), and they don’t want people to stop trying to save it.

Although the Reef has just sweated through its worst ever bleaching event, all hope is not lost. But we really need to stop mining and burning fossil fuels and stop fucking up the planet tbh.

5. Traditional Owners are STILL saying no

In order for the mine to go ahead, Adani need an Indigenous Land Use Agreement (ILUA) from the Traditional Owners. There are currently four legal challenges against the mine. So the question is, will the Queensland government step in and compulsorily acquire their land for Adani? How? Under the new "critical infrastructure" status, government can extinguish all land and native title rights of Traditional Owners for 99 years and claim the land as crown land... yep read that again, and no it's not 1788.

6. The sneaky QLD Government will give Adani free water for their coal mine 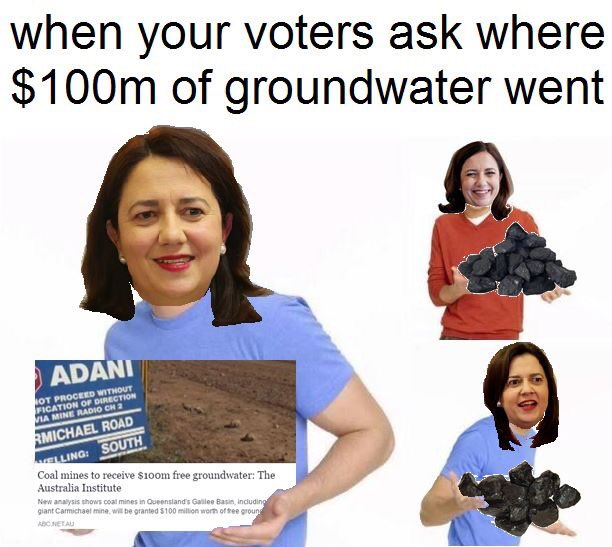 In a hella dank move, the Queensland Government is giving Adani another kind of special treatment, giving them access to free groundwater. The last time the critical infrastructure legislation was used was to secure water resources for Queenslanders at a time of drought when the state was facing potential water shortages.

This time it is being used to enable a private coal project by a dodgy foreign mining company that pays no tax in Australia, in order to allow them access to free water without being subject to community appeal, in order to build a thermal coal mine that would fuel global warming and wreck the Great Barrier Reef.

Literally 84% of Queensland is in a drought and the government thinks it’s a good idea to give free groundwater to a coal mine, while farmers have to pay… lol you suck, Queensland Govt.

7. Now that the government is backing it, it makes it look more enticing for the big 4 banks

Last year AYCC and Seed, along with our friends in the movement, successfully got NAB and CommBank to rule out investing in Adani. We’ve got an important job to make sure they don't backflip on their commitments and keep ANZ and Westpac at bay. 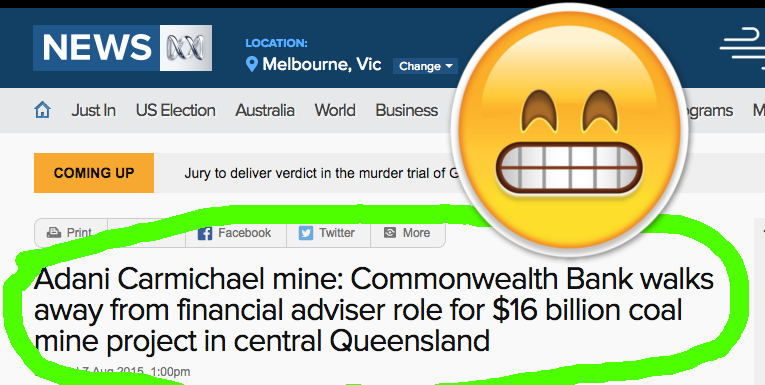 It’s only October, but that doesn’t seem to matter: NASA is basically sure 2016 will go down as the hottest year in recorded history. This is not the time to keep digging up and burning fossil fuels tbh. Also literally 84% of Queensland is suffering through a drought rn sooooo..... quit it with the coal love. 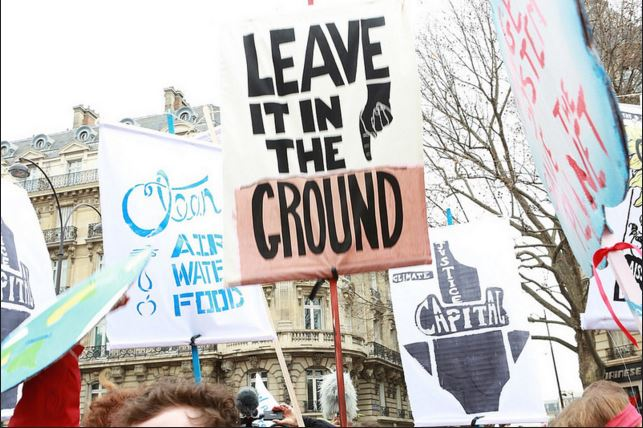 We really need everyone fired up and ready to stop this project. From putting pressure on the Federal government not to fund it, to making it an issue the banks can’t ignore, to anything else we can throw at the government.

Srsly everyone needs to get back into this campaign so we can stop this project for good.

Sign up here to volunteer to stop Adani or click to donate to fire up young peoples’ efforts.