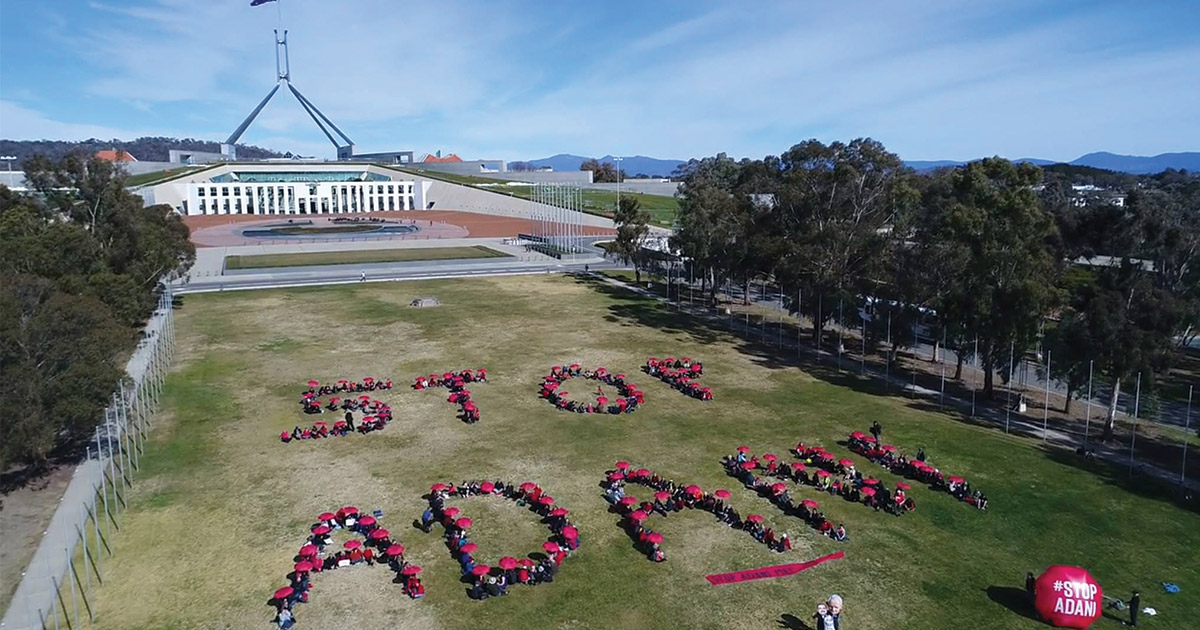 Start your 2018 right and come kick off the #StopAdani festivities:

When our Federal politicians return to Canberra for the first day of Parliament, we are going to make sure the first thing they see and hear is the #StopAdani movement.

Can you be at Parliament House at 10am on Monday 5th February for a big StopAdani rally?

Thanks to relentless action from the Stop Adani movement, 2017 didn’t go well for Adani. They lost financial backers all around Australia and even in China, and the QLD Premier vetoed Adani's proposed $1bil taxpayer loan. 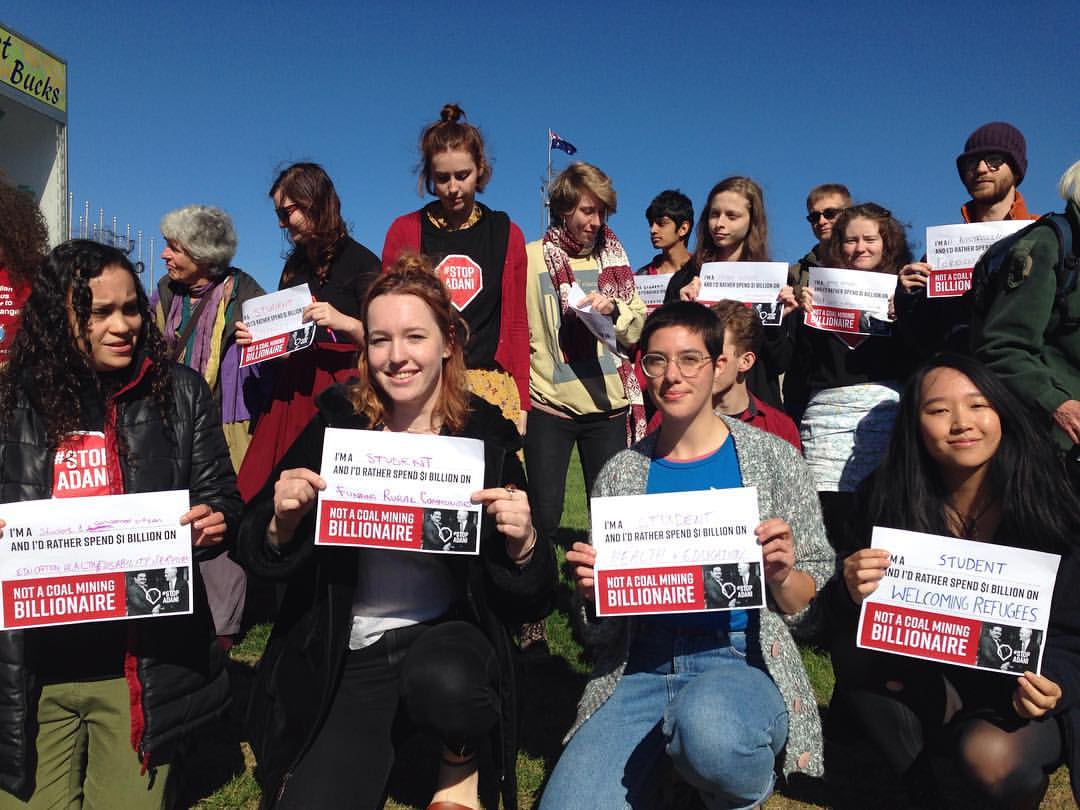 But the fight is far from over.

Already this year, huge coal freighting company Aurizon is being touted as a new recipient of millions of taxpayer dollars to build the rail line to Adani’s mine, potentially saving Adani several billion dollars in the cost of building their own line.

We have to deepen our resolve and turn up the pressure on Adani’s political and financial backers to end this mega mine and get on with moving Australia beyond coal.

So come along and help launch a big year for climate action:

Let’s make sure every Federal politician hears our demands for climate action and feels the power of our movement from the moment they get back to work.

Sally,
For the AYCC and Seed teams.